Hungry’s and Houston: Growing Up Together Fred Sharifi was enrolled in graduate school at the University of Texas in Austin when his brother suggested they open a restaurant offering tasty, hearty food from all corners of the world. Fred joined the family business in the ’80s after working as a petroleum engineer, and expanded it into hospitality and real estate. Situated in an old bungalow, Hungry’s International Sandwich Shop opened its doors in 1975 on lower Westheimer, in the Montrose area. Boasting over 20 different types of freshly prepared sandwiches and over 100 imported beers, Hungry’s offered Houstonians a global variety of lunchtime fare that was healthy, affordable and fast.

By the mid-1980s, Houston was in a full oil-boom—and so was Hungry’s. At that time, the only options for delivery were pizza, and for a lucky few, Chinese food. Hungry’s acted as a home-away-from-home, offering home-cooked meals to be enjoyed both in its restaurants and at home. Hungry’s pioneered the local take-out and delivery market in a city known for working moms and corporate dads, hungry kids and urban sprawl.

Fred’s nephew Ashkan Nowamooz joined the business in 1985 after playing soccer for Houston Baptist University. Like many neighborhood teens and young adults, he started by waiting tables at Hungry’s while in college and quickly rose to be part of the family business. Today, Ashkan’s wife, Sue, a graduate of the University of Houston and Culinary Institute LeNôtre, is in charge of menu development.

In the 1990s, Arash Nowamooz joined his brother, Ashkan, in the United States as a soccer recruit. Arash played for the Houston Hotshots, before proving his chops with the LA Galaxy. He joined the Hungry’s team in 1999.

The original idea behind Hungry’s was to offer delicious, healthy comfort food at affordable prices. The menu’s diverse array of international cuisines is part of Hungry’s DNA, much like that of Houston. Hard-working immigrants, Fred and his partners came to the U.S. for opportunities in education, bringing their taste for Mediterranean and Middle Eastern fares. In Houston, they discovered mouthwatering Southwestern cuisine. From these crossovers between their culinary traditions and their new context, came dishes such as Anaheim Chicken with herb basmati rice and the Shish Kabob with sautéed vegetables.

Today, Hungry’s continues to be led by Fred Sharifi and the Nowamooz family and offers a diverse array of menu options including seasonal lunch and dinner specials, a relevant selection of wines, a robust brunch menu and uniquely-blended cocktails, all made fresh-to-order. Hungry’s celebrated its 40th anniversary in 2015. 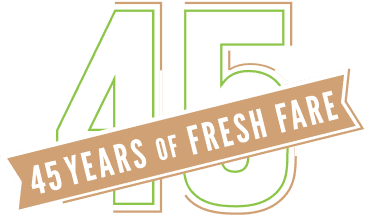